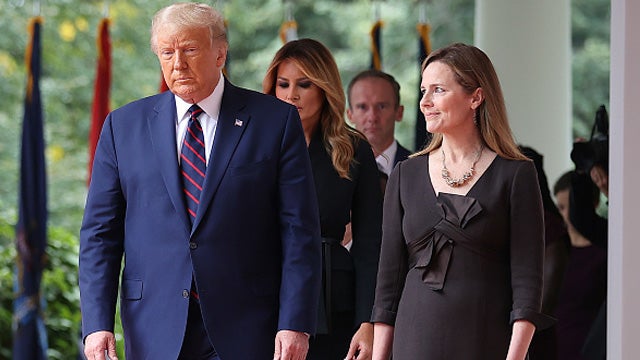 "And that the only thing that could possibly happen is, if they go full banshee that they're gonna end up looking bad so close to the election. So, Rush, I wouldn't be a bit surprised if the Democrats just kind of don't even show up or back off." I said, "You gotta be kidding! You think they're gonna give up a nationally televised opportunity, if they don't even go after her, to savage Donald Trump for hours on end under the guise of confirmation hearings?"

There's no way that they're not gonna show up. It has always been the case that they were gonna go full low road on Amy Coney Barrett, and they are. Some professor at the University of Boston, Ibram Kendi, is now saying -- ready for this? -- Amy Coney Barrett is not qualified for the United States Supreme Court because she is "a white colonizer."

They all adopted black kids -- and, in fact, I even labeled them the popular accessory of the day, because every socially conscious lib was doing it, and they were doing it to great praise and great acclaim. They were great because they cared. They were trying to help the downtrodden. But not Ms. Barrett.

RUSH: So this Boston University professor Ibram Kendi claims that Amy Coney Barrett is a white colonizer for adopting two black children. Look, I had to kind of hurry through that, but let's remember, the left and a number of its entertainment bigwigs were out doing same thing. Madonna adopted a couple of African-American -- well, Africans. Sandra Bullock, Steven Spielberg, Angelina Jolie, Brad is the Pitts, Tom Cruise, Connie Britton, Charlize Theron, Michelle Pfeiffer, the Romney family, they all adopted black kids.

And they all did it to great acclaim. And they all were said to have to have wonderful hearts and tremendous compassion. And, see, they're not racist. It's why Mitt Romney stands out in the Republican Party, because there's no Republican that would do this -- ah, ah, ah, ah, ah. Here comes Amy Coney Barrett. We can't let her get away with this. No, no. She is a white colonizer.

And I remember it became a craze. You know, once it became fashionable to do this, I labeled -- in fact, I think it was after either Madonna or Connie Britton, one of those two actually -- I think it was after Madonna adopted her second, I said, "You know what? These have become the perfect Hollywood accessory." And, yes, by that I meant that there might be a little insincerity going on here and a lot of PR and buzz -- bzz bzz bzz bzz bzz -- behind all of this.

But I tell you what is going to come up as a subject matter in the confirmation hearings, and that is the role of religion in American life, and I'll guaran-damn-tee you that people on our side had better be prepared to defend religion in American life because this is where the left is going to go. They can't go after Amy Coney Barrett in a personal way the way they went after Kavanaugh. Unless they want to say that she is the person that Blasey Ford couldn't remember at the party.

But they can't go after her. They're gonna go after her in ways -- she obviously doesn't care about her family. Her family is too big. She can't possible raise a family responsibly with that many kids and also having a job as an appellate judge. So I think what they're gonna do is go after religion, because, folks, it's such a big deal to the American left. They despise it and they hate it. They hate Christianity and Catholicism and they hate the belief system itself. They hate what Christianity and Catholicism provide the believers, something other than the state to believe in.

The whole notion of religion in American life is one of the big areas that the two political parties are drifting further and further apart. The Democrats and most of the media are becoming more secular. The Republican Party's becoming more religious, happily and proudly so. So the more that the Democrats can demonize and diminish religion, the more power they will have over people.

Look at the way these Democrat governors and mayors throughout the early days of COVID-19 up to the present, look what they focused on to keep closed and were not allowing anybody to congregate in groups of over 10, 15, 20. It was churches. Synagogues. Mosques. In fact, most of them were required to be closed because of the coronavirus. Schools were open. Businesses were open, athletic events were open. But the first chance they had to shut down churches, they took it. 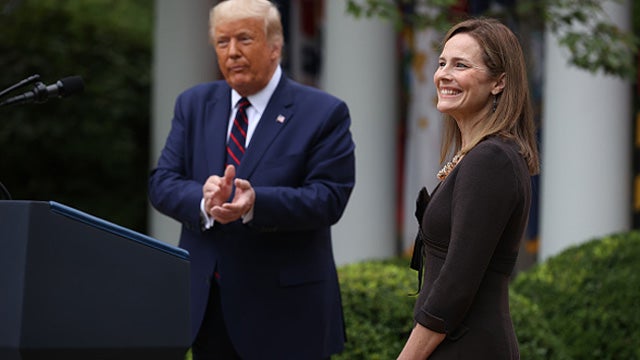 And I think this is one of the areas that they are going to focus on Amy Coney Barrett. She's obviously religious. She's devoutly Catholic. She is a believer. And as far as they're concerned, that's a gigantic threat. That's where the dogma lives loudly with her, as Dianne Feinstein said. And Dianne Feinstein previewed the way that they are going to go after Amy Coney Barrett three years ago or two, whatever it was, when she sat down for confirmation hearings for her current job on the U.S. Court of Appeals.

So we knew they would go low. We knew they would go full low. They are doing so. I think this ends up helping Trump. And I think it ends up helping her. Once they start going down the low road, they're unable to discipline themselves once they hit the low road. And the genuine disgust and hatred they have for religious people will not be contained, despite their best efforts.

RUSH: Matt in Chicago. Great to have you up first today on the EIB Network. Hello.

CALLER: Hey, Rush. How are you?

CALLER: Thanks for taking my call. I just had a quick question regarding the Supreme Court nomination. You know, I haven't heard anywhere else about this characterization that she's a "colonizer," and I'm just wondering. Is this guy who's saying this...? Is he even a politician? Does he speak for the Democratic Party? Why are we even giving him a voice?

RUSH: 'Cause there's a big news story about the guy. I copied it and put it on what I call... You know, I prepare a sheet every show called "Show Thoughts," and then the date. Rather than print out a bunch of little items here and have them on numerous pieces of paper, I copy and paste 'em onto an email to myself.

And I've got about 10 or 12 on today's "Show Thoughts 9-28-20," which is today's date. And so this guy is at the top of the list from a couple of stories that I saw where he's out there. This is being reported as him having said this. But, look, liberals pretty much think the same way. I mean, if he's thinking this, a lot of them are.

CALLER: Yeah, I think that on both sides of the aisle there's always things like this "they," using this term using the term "they" to describe, like, a whole bunch of people. And I feel like that's kind of the problem now with politics like, you know, one person says something and then it gets labeled to the whole side and I think I see that on both sides.

RUSH: Well, he's a college professor and he's out teaching young skulls full of mush, and he's just informed everybody the kind of stuff he's teaching young students. This is what he thinks, and not just about Amy Coney Barrett. We now know what this guy thinks about colonization and the United States being a colonizer, which is absurd. But, no. I think it's applicable because it works because it defines liberalism pretty solidly.